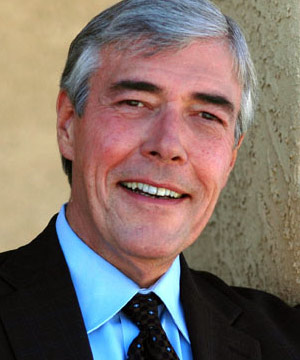 Since 2009, Robert Wilson has been a partner in Stoney-Wilson Business Consulting, LLC. Though typically considered a business management consulting firm, he and his partner have developed a much broader scope and capacity for the business than one might imagine. Since starting the company, Mr. Wilson has successfully underwritten more than $100 million in loans for clients with select lenders; helped negotiate more than a dozen business acquisitions; assisted in the development of more than 40 business plans for small to medium sized businesses; developed and delivered training programs for business on behalf of the Neighborhood Economic Development Corporation, the APS AAAME program and the city of Phoenix Community Development & Investment Corporation; engaged with the U.S. Department of Commerce, U.S. Commercial Services and the Ex-Im Bank of the United States to develop export programs for clients; achieved Qualified Vendor status with the city of Phoenix and the State of Arizona for financial services; and developed dozens of resource relationships with law firms, accountants, bankers, insurance companies, municipal and state agencies, marketing firms, human resources experts and more. Mr. Wilson is often asked for his insights on business matters by the media.

Prior to starting his consulting firm, Mr. Wilson was a 35 year banking veteran, most recently serving as Executive Vice President of a local community bank’s Corporate Development Division. In that capacity, he oversaw the bank’s commercial sales/service, commercial lender, business development officer and Cash Management groups. As a member of the senior management and ALCO committees, he was responsible for the bank’s corporate strategic planning and reported to the board of directors on business banking matters. He additionally was instrumental in the development of new lines of business for the bank and was the first line approver of commercial loan requests from business clients.

Mr. Wilson was also President & COO of another community bank in Phoenix where he led more than 100 employees, nine branch offices and helped open a state-of-the-art bank operations center. He sat on the bank’s board of directors; on the executive committee of the holding company; on the ALCO committee; chaired the bank’s credit committee (carrying a $2 million personal credit authority); and served as President of its mortgage company. During his tenure, the bank grew by $200 million in assets; established two new commercial business lines; established a marketing department; upgraded the bank’s loan underwriting standards; improved the bank’s business product set; and led the bank through a significant core systems conversion.

Previous to moving to the community banking environment, Mr. Wilson worked for Wells Fargo Bank, N. A. (and predecessors) for twenty-one years where, as Senior Vice President & Manager of the bank’s Specialty Markets Group, he was responsible for managing seven business groups representing more than $850 million in assets. Of these seven, he conceptualized and started six of them, including: Government Banking, Nonprofit Banking, Commercial Business Products, Indirect Non-Auto Dealer, Real Estate Agencies Banking, Commercial Business Services and Arizona’s Small Plan 401(k) business. A number of his business lines were modeled in other states. His group was one of the most profitable in the company.

Finally, Mr. Wilson’s involvement in civic, community and professional organizations has been significant. A few of these are highlighted here:

Robert (Bob) Wilson has been my banker for 24 years. When I was first in business for myself he taught me how to collect and monitor financial metrics to both manage my business effectively and be a good bank customer.”
–Andrew S. Jackson, Gravel Resources of Arizona